Filipino Martial Arts are, in fact, an umbrella term to refer to the many different weapons-based, Filipino martial arts schools from the Philippines. Kali stick fighting, Arnis, and eskrima are just various terms to refer to the same system. Many believe that this martial arts are a very practical system for self-defence.

But how much do you really know about Filipino Martial Arts history? Do you know it well enough to want to learn it? See post – Arnis Martial Arts – The Warrior's Way for more information.

1. The sticks are an extension of your hands, so without your hands, there are no sticks.

A lot of people ask, most often sarcastically, this question:

“Why do you even practice stick fighting? It is not like you bring along your sticks with you wherever you go.”

It would be plausible if you can answer them and remind them that the weapon is only the extension of the arms.

Ready to Learn the Fundamentals of Eskrima?

Although practitioners of numerous styles perform lip service to such statement, only FMA practitioners back it up by carrying out the exact methods with or without the weapons.

2. The Filipino martial arts (including Kali martial arts techniques, Eskrima, Arnis) initially teach weapons and then come to the empty-hand styles and techniques.

This type of teaching method may appear backward to several martial artists; the FMA hand-to-hand combat styles come from the underlying principles that trigger and motivate stick and sword movements.

3. The FMA represents the majority of practical and well-rounded fighting styles and techniques in the world.

How are they well-rounded?

They are varied in that they cover and include all distances wherein a fight takes place: short range (grappling, poking, biting, grabbing), middle range (kneeing, elbowing, boxing) and long range (kicking).

They are practical in a way that they do not focus on complicated or fancy moves which are likely to fail under pressure.

Even the forms utilized by some FMA systems are comprised of real fighting moves. Those components where historically concealed in a dance for various reasons.

The practicality of FMA is enhanced and increased by the weapons’ versatility. You can utilize the tip of the sword or stick at long range; you can make use of the body of the blade or Arnis sticks at middle range, and you can use the bottom portion of the stick or sword handle at short range.

4. The Filipino Martial Arts are the only systems of martial arts that can match or complement any other combat style.

They do not conflict with any other style. In fact, they strengthen them. That takes in the kicking arts, pure self-defence arts, hand-based arts, as well as throwing and grappling arts.

5. Stick fighting is beneficial and suitable for everybody.

For kids, Sinawali is not appropriate. Just like any sport, this form of double stick fighting builds up the limbs and enhances your hand-eye coordination. Also, children can benefit from character training that takes place once they learn how to handle potentially-dangerous weapons safely. For many people, this setting is preferred the old way – which was how many veteran practitioners learned. Most of them would be taught how to handle an actual blade while knowing how to utilize it for self-defence and survival.

Also, Filipino stick fighting is ideal for women because even the smallest hands could hold a deadly weapon and wild it in a deadly manner. Even with minimal practice and training, a woman could keep nearly any sane assailant at bay. And for the crazy ones who attack anyway, they risk getting injured or killed.

Try this experiment if you do not believe it. Provide a woman with a marker. Try to get close without getting inked. It is never easy to do. As soon as she is taught to carry discreetly and draw a weapon, you, as the assailant, will find it exponentially tricky to attack. If suitably armed, she will be able to protect herself, even against numerous foes.

For the military and law enforcement, FMA provides an essential skill set; namely, those include the tactical knife. The fighting men and women require actual blade skills, both defensive and offensive, and FMA is one of the few arts that has been tested in actual battles.

6. FMA aids you to associate one style with another in your training by focusing on adaptable concepts instead of a different style for each situation.

FMA instructors continuously discuss attack angels instead of specific attacks. Once you are to distinguish whether an attack or strike is coming from the outside or inside as well as whether it is from the right or left, you now have the base required to handle it. After that, the training will comprise combinations and progressions involving the basics.

If your instructor is excellent, you will never find yourself making needless points whether or not you have to defend yourself against a push, grab, or punch delivered from the front because they are considered the same as straight attack. 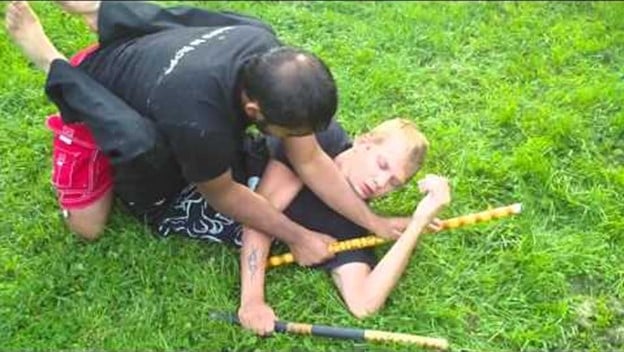 It is also about utilizing the weapon of your opponent against him. That phrase is frequently invoked yet rarely does it show in practice.

8. Training in Filipino weapons includes much more than merely traditional knives and sticks.

The technique you learn in the list of Filipino Martial Arts weapons work with knives and sticks, but in a few locales, folks are not allowed to carry these defensive gears. Luckily, you can use your skills with nearly anything – a phone, a cane, a toothpick, a credit card, an umbrella, or a water bottle.

9. Taking up FMA can strengthen your training, whether you are a master or a beginner.

It is the reason they are so attractive to practitioners of other martial arts. Once you create a solid base, you can learn various moves from DVDs, books and stick fighting online. However, do not omit master-to-student interaction entirely. The history, meaning, importance, and principles behind the drills and techniques are mostly concealed. You will require a legit master to aid you to interpret them.

10. Though a few instructors concentrate on sport, FMA is a form of practical, reality-based, self-defence martial art, as well as an excellent example of a comprehensive MMA system.

Do not get tricked by the stick fighting competitions you hear about. FMA is multidimensional.