Square up because we're counting down the top ten martial arts practiced in the Philippines. For this list, we're ranking various schools of Martial Arts training and Thought in the Philippines – specifically those where self-defense tactics are most promoted and utilized.

We did not narrow down our search to the list of filipino martial arts and included other oriental and foreign martial arts in the count down.

Silat is an indigenous martial art which originated in different parts of Southeast Asia, most especially in Indonesia. As a combat fighting technique with bone-crushing strength, lightning-fast take-downs, and some of the most terrifying weapons ever invented, silat has gained popularity not only in the world but also in the Philippines.

Silat is among the major sports in the Southeast Asian Games. Thus, it's popularity spread not just nationally but internationally. In the Philippines, Silat is thought to some police and military groups. In fact, there was one famous incident when a policewoman apprehended a criminal who tried to take her gun and escape using silat.

The Pencack Silat Association is the major association responsible for teaching silat in the Philippines. Together with the Philippine Sports Commision, the association made it possible for Filipinos to learn the art for self-defence and engage in sports competition. In fact, many Filipino Martial Arts schools integrate silat into their system.

Because of it's graceful, flowing movements and deadly techniques, and its influence on Filipino martial artists, Silat is #10 on our list.

It is easy to slip up this martial art from China as simply a dance form because there are contests showing the sport’s aesthetic side. However, you cannot be so wrong. With disciplines (e.g., punches, throws, kicks) counting grappling methods: “sansho” (grappling) and “taolu” (forms), you may find the forms more intricate than the rather one-dimensional karate, but it certainly will beat you if you get attacked by a leading practitioner.

To master the sport, you may go to UP Diliman and join at the Paohong Wushu Club operated by Pedro Quina, Philippines’ SEA games Wushu gold medalist. Top that! 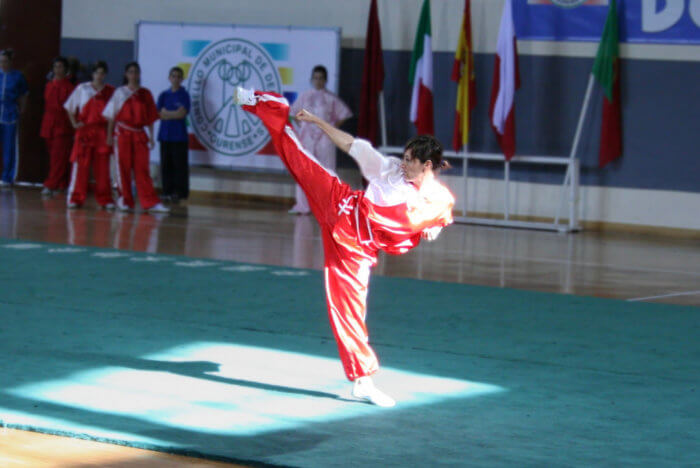 Here is one martial art from Korea you do not want to mess with. Taekwondo puts powerful emphasis on footwork and legwork. Rightly so, since legs carry much of weight, more strength and power spring from them than merely utilizing bare hands.

This type of power, combined with superior speed, is difficult to beat. The evidence—loads of broken boards as well as broken layers of hollow blocks or bricks.

You can improve your Taekwondo skills at OTTC (Olympians Taekwondo Training Center), which happens to be operated by Monsour del Rosario, the primary Taekwondo Ambassador of the country. 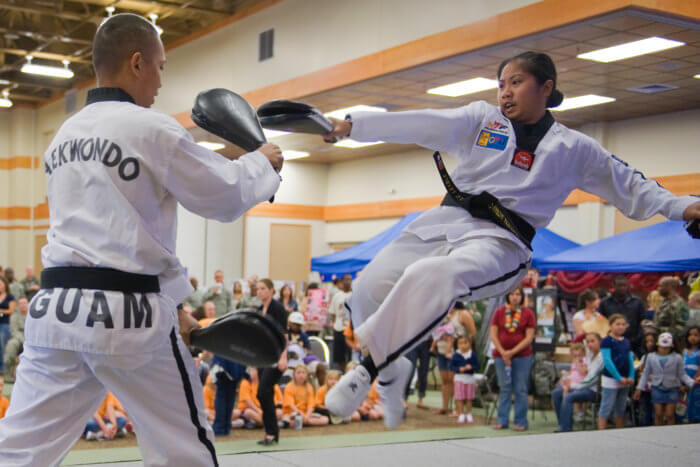 A fighting art refined by the Japanese, Judo, means “gentle way” and is a one pound system and ground of pins and takedowns that you do not want to mess with. Due to its stress on technique (not on strength), it is very likely a smaller man can disarm a stronger one.

Now, that is scary, isn’t it? However, it takes hard work to be capable – like the majority of sports.

If you want to employ the judo-kai in you, then it is difficult to slip up with Stanley’s Judo Club, a martial arts place run by the best members of the country. Mentors such as Robert Divina, 6th dan black belt as well as coach to the national team will improve your inner strength. 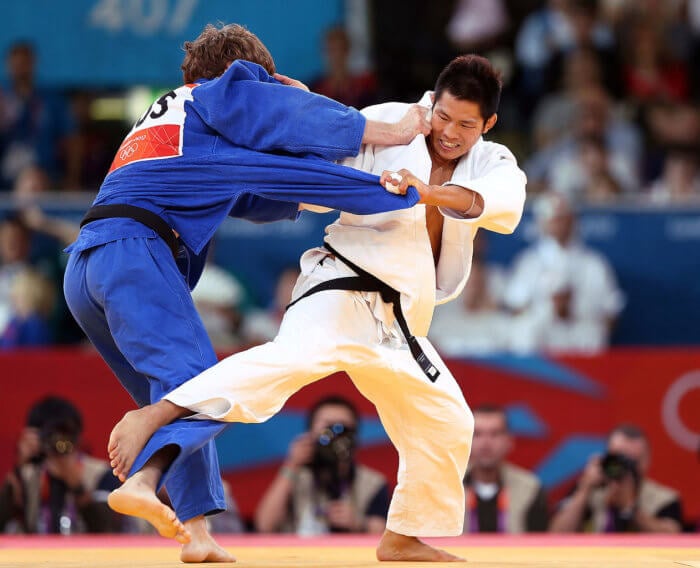 How can the #1 self-defense martial arts in the world not make this list? Krav Maga is hands-down the most intense fighting style most of us have ever seen. The only reason why it's #6 in our list is that it's under-promoted in the Philippines.

Still, its reach to Filipino martial artists is quite significant. It's been taught not only to civilians and athletes but also to some police and military groups. Getting the best out of different martial arts and fine-tuning it into a purely combative and self-defense system, Krav Maga has a different mentality – kill or be killed. 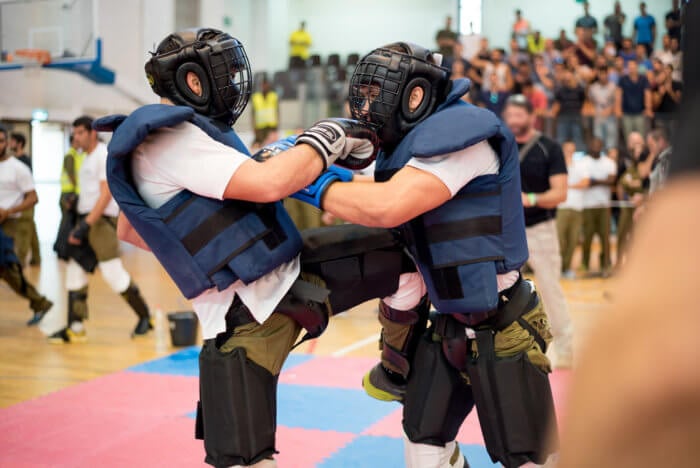 As Thailand’s well-regarded national sport, this fighting method has, in fact, come a long way. Loads of Filipinos have witnessed the prowess and ferocity of this martial art, called as the Art of Eight Limbs because it employs eight striking styles in the fighter’s arsenal, mixed with knees, elbows, fists, and feet.

To start mastering the principles of Muay Thai, visit Muay Thai Association of the Philippines found in ULTRA. You would be surprised seeing the national team in force there together with their coaches. 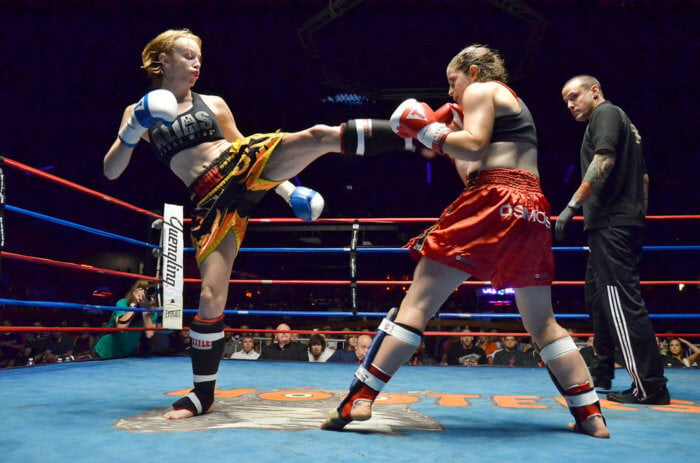 Enthusiastic Mixed Martial Arts fans have witnessed the devastating power of BJJ in such artists as BJ Penn, Brandon “The Truth” Vera, and George St. Pierre, who just retired. You cannot get as striking as seeing how extreme these masters of the takedown are.

You do not need to visit Brazil for the sport’s mastery, but if you insist, it is ultimately your choice. In the Philippines, however, Deftac Pilipinas B.A.M.F. MMA center can aid you to learn the lashes of BJJ fast. Additionally, you cannot beat their mat’s size. For bookings, search for Master Andrew Laxa. If you are lucky, you will meet Alvin Aguilar by chance, the first Brazilian Jiu-Jitsu black belt holder of the country. 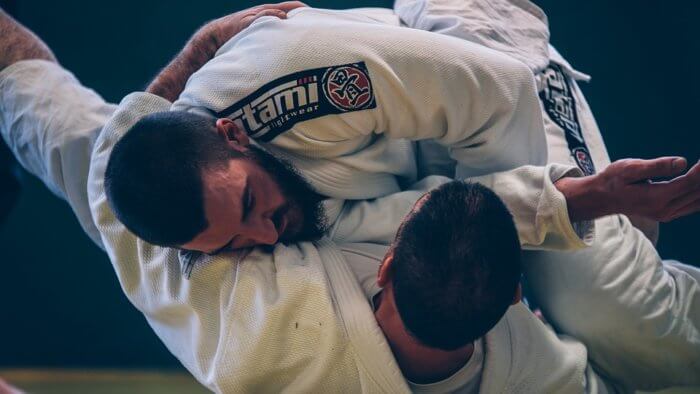 With its arsenal of punches, kicks, elbows, knees and other empty-hand techniques, there is no doubt that Karate is one of the most formidable self-defense martial arts in the world. In fact, it is taught in the police and military force in the Philippines. Karate tournaments are held at various times throughout the year.

The PKF-NSA or Philippine Karatedo Federation N.S.A. is the leading authority for sports karate in the Philippines. For training, you can virtually refer to any Karate Club in any major cities in the Philippines that teach Karate.

There’s a lot of vagueness surrounding Aikido, Japanese martial arts. We cannot blame the common people. With Steven Seagal, an Aikido master, tossing his foes to the sides and fracturing their bones like they’re made of stick.

Aikido has an extremely sound defense method though, and it is difficult to beat, which is to utilize the enemies’ strength to one’s advantage. With its emphasis on minor joint manipulation, the outcomes are quite phenomenal.

To master the sport, you can drop by Masakatsu Dojo found in Quezon City, an Aikido haven for artist both global and local. It is difficult not to grasp from such accomplished masters as Sensei Victor Ayes, a 4th Dan black belt.

Aikido is so popular in the Philippines that it even has its own version – Tapondo or Combat Aikido. The style was founded by Monching to make the art of Aikido more applicable to the Filipino build. 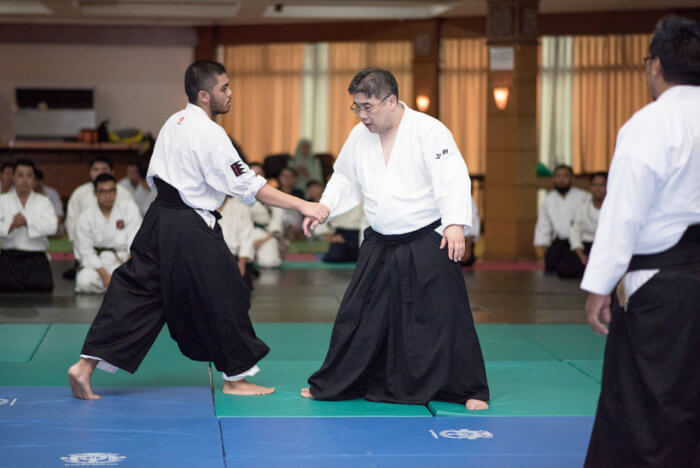 Arnis is a distinctly Filipino art and there is a long list of Filipino Martial Arts Schools in the country. It’s a spin-off of the bolo and knife fighting and uses the stick as the primary weapon. Among the very popular Arnis styles include Balintawak Eskrima, Doce Pares Eskrima, Modern Arnis, etc.

What makes this form of self-defence extreme is that you will not even require those sticks or any force weapon to defend yourself with an attacker’s onslaught. You can use secondary weapons or any weapon in your environment that you use as a substitute for the stick.

Filipino martial arts history is long and bloody and the country has always depended on its own art to defend against its enemies. Ultimately, you'd end up fighting using your bare hands and the weapon-based principles can be transferred to the bare-hands.

Officially selected as the Philippine’s “National Martial Arts” by former President Gloria Arroyo, the weaponed martial art has become a core in P.E. classes throughout the country. A Cebuano Doce Pares master, Ciriaco “Kakoy” Canete is an instructor you wouldn’t want to miss if you bring up Eskrima or Arnis.

Did you agree with our list? Which among the top 10 martial arts in the Philippines is your favorite? Feel free to share your thoughts – we would love to hear from your insights on Filipino martial arts near me.