You are here: Home / Weapons / Filipino Bladed Weapons You Want to Get Your Hands On

Bladed weapons or “sandata” are a living example of history and culture that would’ve otherwise been forgotten. For the ancient Filipino people, bladed weapons have played a huge part in the country’s development in culture and survival.

For numerous Filipino ethnic and tribal groups, traditional weapons exist as a tool for battle as well as a crucial part of a Filipino’s day-to-day living and identity.

We will begin the discussion with some of the most common Filipino bladed weapons even used today. FMA Pulse has the information. SANDATA — THE EDGED WEAPONS OF THE PHILIPPINES provides a short description of these blades. Here are a few examples:

Kris – The kris is the most famous Moro weapon. Variations are found in every Moro tribe and it was a key symbol of a man’s status and rank in society as well as being a powerful talisman. Kris blades are wide at the base, double-edged, and can be waved, half-waved half-straight, or straight (straight blades were more practical in combat).

Barung (Barong) – Barung are the favored weapon of the Sultanate of Sulu. This single-edged, leaf-shaped blade is an amazingly effective slicer and chopper, capable of cleaving a man in two. Barung blades are thick and heavy, ranging from 30 to 60 centimeters in length, and often laminated.

Panabas – Moros of Mindanao occasionally used the panabas, a fairly rare and large heavy chopping weapon that ranges from 60 to 120 centimeters in length (13-16). It can deliver horrible cleaving blows and was sometimes used for executions.

Eskrima Weapons You Need To Train With

Training with these weapons will develop your coordination, speed and rhythm! Get your Free List Here.

A bolo (sundang, itak, binagon, or buneng) is a large, Filipino bladed tool similar to the machete. A bolo is utilized most particularly in the Philippine islands, Indonesian jungles, and Cuban sugar fields.

The main use for a bolo is cutting vegetation, whether during trailblazing or for agriculture. In Arnis or Filipino Martial Arts, the bolo is utilized as part of weapons training.

The historical significance of Bladed Weapons

The bolo was used as the main weapon by the Katipunero throughout the Philippine Revolution against the Spaniards. Also, it was utilized by numerous Filipino guerrillas during the Filipino-American War.

During the First World War, Henry Johnson, US Army, gained international renown by fending off a German raid in a hand-to-hand fight using a bolo.

And in the Second World War, the very first Filipino Regiment was named “The Bolo Battalion” and utilized these Filipino weapons for sale for close-quarter fights.

The bolo’s most common distinguishing feature is its blade that is wide but curves toward the tip. With additional weight at the end portion of the blade, cutting becomes efficient and forceful. A bolo features a full tang, making it a durable cutting tool and a sturdy weapon.

A bolo’s handle is often constructed from hardwood or water buffalo horn, and it may or may not come with a guard.

The bolo has since then been the trademark fighting weapon for generations of warriors in the Philippines: from heroes like Lapu Lapu to the Katipuneros, and currently the Force Recon Marines.

Traditional Filipino Weapons by Marcialtirada also gives us an overview of these Filipino, traditional bladed weapons. Here are some of the more commonly used “sandatas” by Filipino fighters:

KAMPILAN – According to Filipino history, the Kampilan sword is believed to be the main sword that struck down the famous explorer Ferdinand Magellan by the legendary Chief Lapu-lapu. Originally dual pointed with a carved hilt, these Filipino swords and daggers of the Moros of Sulu and Mindanao are carried by warriors who are in the first line of defense; and actually are considered a national weapon of the Moros of Sulu & Mindanao.

KALIS – A traditional double edge sword to double the pain, and do a dual job that single edge sword can’t do. Kalis swords are believed to have originated in the 13th century on the island of Java in the Indonesian archipelago, and migrated to the Philippines, Malaysia, and various other Southeast Asian countries.

ITAK TAGALOG – The Tagalog region in the Philippines has used this bladed tool only for cracking coconuts and for harvesting root crops. Eventually it evolved to become one of the deadly weapons of the Tagalog people.

Among Filipino blades, the most basic point of distinction is whether a particular knife or sword is single-edged (isang talim) or double-edged (magkabilaang talim). Single-edged swords are usually curved while those belonging to the double-edged variety are almost always straight.

Concave edge – 1. Can reach around opponent’s block. 2. Cutting mainly occurs in (a) the side of the curve nearest your hand, (b) hacking in the center, (c) hooking or stabbing toward the end of the weapon.

Convex edge – 2. Hits must be placed (a) near center of the blade or (b) slightly forward for cutting. Hence, treat it like a shorter bladed weapon. 2. Thrusts are out.

Blade mastery demands that its practice become second nature. Filipinos before were one with their baled because it’s essentially part and a piece if their being. The bolo – the most common weapon at their disposal – was seen as a life-giver (since it’s a farming tool) and a life defender (for self-defense).

Learn more about traditional Filipino weapons review as well as how their design affects the manner of cutting by reading our post Filipino Martial Arts Weapons – A Complete List. 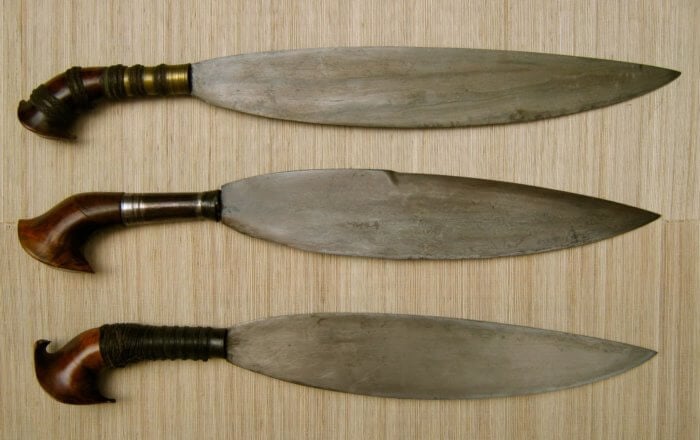 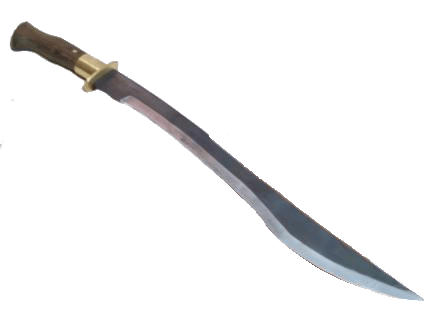 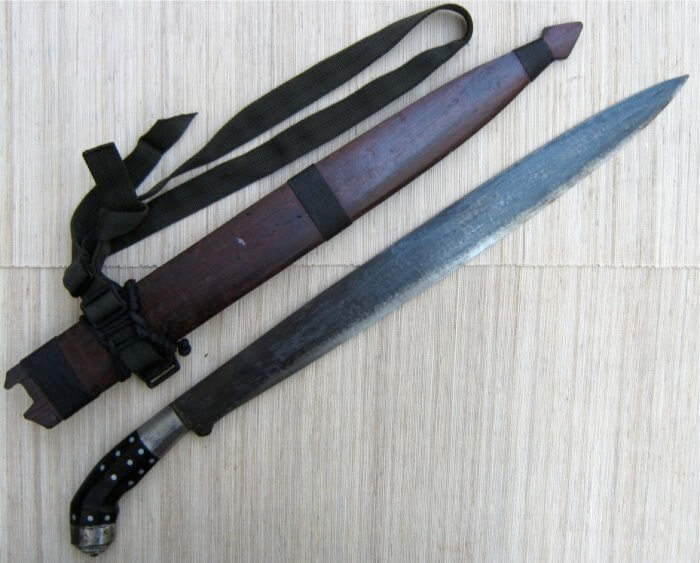 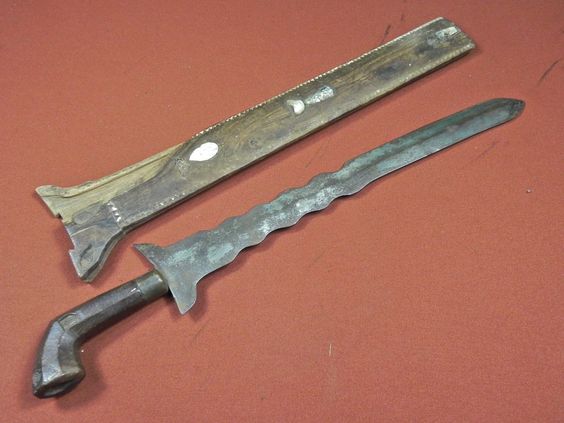