You are here: Home / Training and Drills / How Double Stick Training Improved My Dexterity And Body Coordination

This is a story about how double stick training improved my dexterity and body coordination. 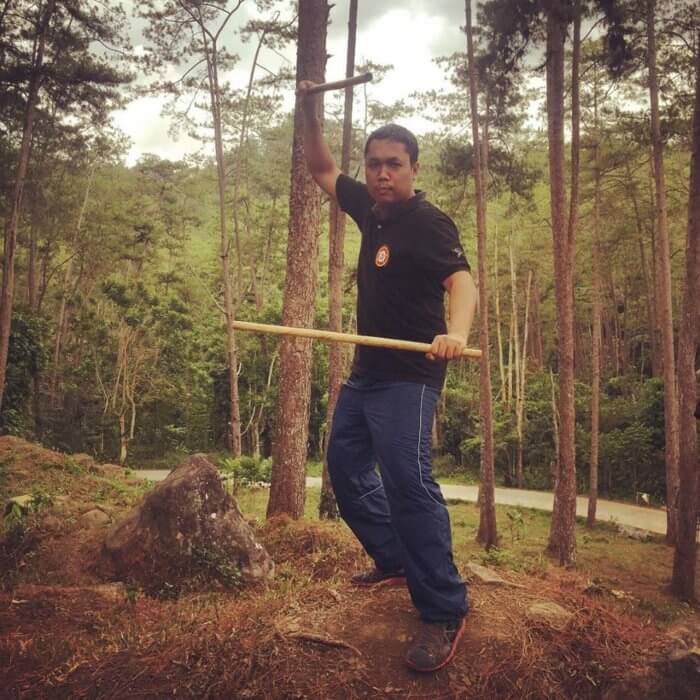 One day, I injured my right arm. I could not use it for Eskrima training because of the pain. I tried using my left hand but it felt awkward and weak. I couldn't strike straight and my strikes weren't very strong.

That's when I realized how vulnerable I was without my right hand. If I had to defend myself against an attacker using only my left hand, I'd be in big trouble.

The solution to the problem seemed obvious – just train your left hand. And so I started working out my left hand.

But the training consumed a lot of my time. If before, I usually train for a minimum of 1 hour per training session, now that time has doubled because I added the left-hand training.

If you're a busy person like me, then you know two hours of daily training is too much. So I looked for other ways to train my left hand without sacrificing my time.

In my search, I stumbled upon The Stick Chick Jackie Bradbury. In Why Study Double Sticks at all? Jackie describes the advantages of double stick training.

According to Jackie, the main purpose of the training is to develop dexterity and body coordination.

One obvious advantage of working with two sticks is that it trains both hands at the same time in a very efficient manner. We get a LOT of reps with both hands. I am much stronger with my weak side hand now than when I started. This may be the single primary benefit of double stick training. – Jackie Bradbury (The Chick Stick)

It is with that view in mind that some arnis styles such as Modern Arnis and Darwa Panglima Eskrima begin training with double stick. Not only that, Double Stick skills can be translated into empty-hands and other weapons.

Another advantage is that double stick work translates very smoothly into empty hand techniques. Some of our most basic two-stick techniques, like the “Combative Responses” borrowed from Kombatan, directly translate to useful empty handed techniques for self defense. – Jackie Bradbury (The Chick Stick)

But now we see there are several advantages to double stick training that go beyond the mere act of swinging two sticks. This was the solution to my problem. Double stick training will strengthen my left-hand so I don't have to worry about using it in case my right-hand gets injured.

And the best thing about it? I can do the drills for a minimum of only 10 minutes a day. That's a lot of time saved for left-hand training.

What is Double Stick Training?

Doble Baston is a common name for a set of techniques and styles involving two sticks. Around the world. the art is more often known as Sinawali (to weave). The word Sinawali is taken from sawali – a matting – that is usually used in tribal nipa huts. It’s constructed from woven pieces of palm leaf and utilized for walls and flooring. 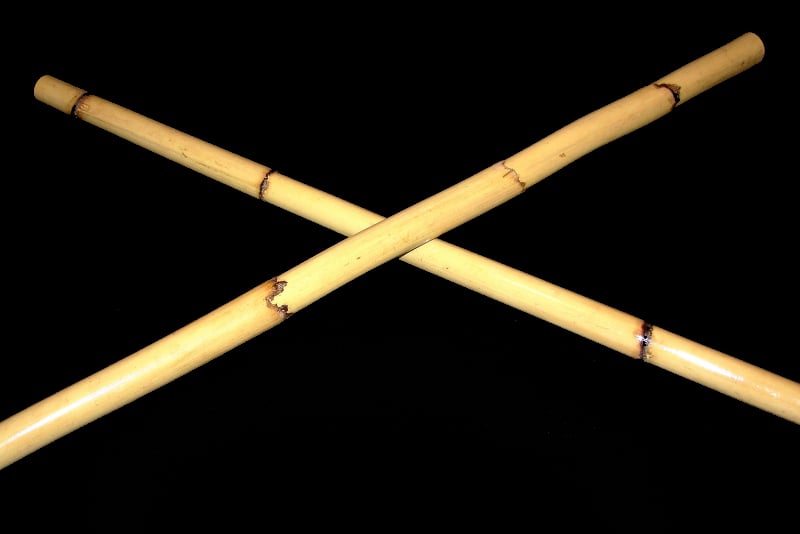 These techniques compel the practitioner to utilize both right and left sinawali sticks equally; coordination skills are utilized to aid the practitioner to become ambidextrous. This is the section of the system that’s taught primarily at the intermediate and higher levels and is deemed as one of the most crucial aspects of learning and training in the art.

Week 1: My first week of training was pretty simple. I just did a couple of sinawali drills. The 5-count, single-wave sinawali drill, and the 6-count, double sinawali drill. At first, I did it for a minimum of 10 minutes per day.

Results: After just one week of basic sinawali training, I became more comfortable and smooth in my movements and body coordination. My strikes have better form and more power. I felt my left hand gaining strength and flexibility. I tried striking with my left hand and my strikes were better.

2nd week: In the second week of training, I tried practising more advanced sinawali patterns like the 10-count sinawali with the roof block for a minimum of 10 minutes per day. Because I was already comfortable with the basic sinawali, the training was much easier.

In the second half of the week, I was already good with the advanced sinawali exercises and drilled with a partner. Doing double stick drills with a partner develops not just your reflexes but also your timing and accuracy. There is more tension on your arms because of the force from the impact both stick creates as they clash at each other.

Results: Drilling with my partner at least 10 minutes per day with basic and advanced sinawali drills conditioned my arms – including my left hand – significantly. My hands were faster, stronger and more flexible. I can do several techniques and moves with the single stick with ease. My left hand can handle the stick with ease as well.

I've been doing double stick exercises before any formal training ever since and have become really good at it. Here are the results of my double training after doing it for a few months:

The practitioner should always bear in mind that the motions in Arnis can be interchanged and converted to whether the practitioner has weapons or not. Some individuals misinterpret and deem the kali stick drills as only works of stick and sword. They never perceive or imagine the 6 step sinawali double stick drills in an empty-hand aspect.

Arnis trainees should be shown from their training's earliest point, that the motions can be naturally changed or translated as to whether they may or may not have a weapon.

Specifically, if you hold one weapon, you have two hands; if you carry two weapons, you use both hands; or your empty hands can be utilized by merely performing the same motions.

It's also easy to adapt other arts weapons, such as tonfa, sai, and kama, to our techniques and training methods. My teacher and I have demonstrated this principle to our Kobudo friends many times. If you can do it with sticks, you can do it with any of the other double handed weapon sets. This makes the Filipino Martial Arts and our training methodology very flexible in terms of application. – Jackie Bradbury (The Chick Stick)

You can see the progress of my empty-hand and left-hand checks in this video:

The majority of schools or styles of the FMA (Filipino Martial Arts) of Arnis and Eskrima have in their regime some instruction on the double-stick system.

Whether you utilize the Philippine terms and name your double-stick exercises “Sinawali, ” Ammara, “Redonda,” or “Pingki-Pinki,” the double sticks are a frequently emphasized and used as a feature of Arnis/Eskrima training, although they can also be misunderstood by most individuals.

What the Martial Artists and general public most often see when “Sinawali” drills are happening are rows of Arnis trainees click-clicking sticks with a sparring partner.

Sinawali or “to weave,” as used in Eskrima referring to a set of two-individual, two-weapon exercises and drills.

Sinawali is from the word “sawalis” referring to the weaving (using palm leaf) of floors and walls common in South East Asia, particularly in the Philippines. The arm movements while practicing Sinawali are believed to mimic this weaving pattern.

Sinawali training is often introduced to novices to help them develop certain fundamental skills – including: body positioning and distance relative to an opponent, rotation of the body and the proper turning radius, recognition of one's center of gravity, eye-hand coordination, target perception and recognition, increased ambidexterity, recognition and performance of rhythmic structures for upper body movement, and muscular developments important to the art, especially, the wrist and forearm regions.

It helps teach the novice Eskrimador proper positioning while swinging a weapon. Sinawali exercises offer Eskrima trainees the fundamental skills and movement important to a mode of two-weapon response and blocking method known as “Doblete.”

Ammara means to use or play with two sticks. Pinki-Pinki or Pingki-Pingki translates to touching-touching, taken from the hitting or striking of both sticks with a sparring partner. Redondo or Redonda means “round” in Spanish, which defines a circular technique of double-stick striking that's remarkably different from the common of linear-styled movements.

Double stick training has made a huge impact on my Eskrima training. I've never felt my left hand become stronger than it is now and my body coordination is at is best.

Arnis and Eskrima instructors should start implementing the proper training for their students which is the simple self-defence training and stop spreading the misconceptions about the martial art.

Understand and consider that Arnis is an empty hand system that's complete, and that when executing or observing the double-stick Sinawali drills, remember the sticks have to be treated exactly as though they were punching bags.

We hope you learned from this post. What is your opinion regarding double stick drills? Feel free to share your thoughts on the comments. We would love to hear from you!